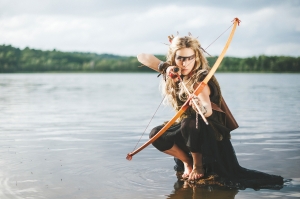 In a lawsuit that combines leather goods, tax lawyers and tales of domineering Amazonian women, a former in-house counsel at Coach, Inc., has accused the company of reverse sex discrimination.

Todd Lenart, the former Divisional Vice President of International Tax at Coach, claims that he suffered a hostile work environment and discriminatory termination because he is a male.  Lenart unpacked a bagful of emasculating allegations against Coach in his federal court complaint, including claims that the Senior Vice President of Coach’s Treasury Department said on numerous occasions she wanted “a staff of all women,” and stating that she had created “a girl power team based in New York.”  This prompted Lenart’s co-workers to comment that the SVP wanted a “team of Amazon women” (this was not a reference to the Seattle-based company founded by Jeff Bezos).  Lenart also alleged that Coach had a practice of subjecting male applicants to additional hurdles – such as psychological tests – that female applicants did not have to endure.

Lenart’s allegations survived a motion to dismiss in September, and now will be subjected to the scrutiny of discovery and depositions, and possibly trial.

Employers struggle every day to promote diversity aggressively without crossing the line into blatant reverse discrimination.  The gender wage gap and the glass ceiling remain issues, even with national retailers like Coach that serve a customer base primarily of women.  One can therefore understand the desire of executives at Coach and elsewhere to look for opportunities to promote women.  Nevertheless, the law continues to require equal opportunity for all (male and female, white and black, Christian and atheist), and if the allegations against Coach hold up, the company might need to open its hand-rubbed, snakeskin purse for a settlement or verdict payment.

Tips for promoting diversity and equal opportunity without crossing into reverse discrimination:

A New Jersey trial court this summer rejected the claims of 22 female cocktail servers at Borgata Hotel Casino and Spa in Atlantic City who charged that the casino’s requirement for them to wear skimpy costumes and not gain more than 7 percent body weight after hire was sex discrimination.

In Schiavo v. Marina Dist. Dev. Co., LLC, Superior Court Judge Nelson C. Johnson acknowledged that the plaintiffs, known as “Borgata Babes,” may have felt that the policies subjected them to an atmosphere of sexual objectification, but that sex appeal is a common basis for marketing products and services in today’s society and the law does not regulate issues of “taste, philosophy or personal notions of morality.” He went on to explain that, under New Jersey law, Borgata could base its employment decisions and policies on notions of sexuality and attractive appearances, as long as it did not use gender stereotypes “to impose a professional disadvantage on one sex or the other.” The weight standards applied evenly to both males and females, the court found.

Licentious details aside, it is difficult to find many useful takeaways for employers that do not use sexual objectification of employees’ bodies as part of their business model. Nevertheless, the case highlights that it is not sex discrimination for an employer to seek to hire attractive and fit employees for positions, or to require them to abide by a reasonable dress code, so long as the requirements do not disadvantage one gender, apply evenly to both males and females, and are not otherwise discriminatory.

Most employment lawyers in the northeast and mid-Atlantic are familiar with the Taylor v. Metzger case, in which a single racial epithet — referring to a county sheriff’s officer as a “jungle bunny” before her co-workers — was found to be enough, by itself, to create a racially hostile work environment.

Now comes the other end of the spectrum, a federal court in Arkansas holding in November that the repeated use of a form of the n-word at work — including in reference to the complaining employee herself, and continued use after she complained — did not create a hostile work environment.

As with many employment law disputes, the case of Tyrrell v. Oaklawn Jockey Club (W.D. Ark. Nov. 2, 2012), proves that context matters and — as in real estate — location, too.

Helene Tyrrell worked as part of the kitchen staff at Oaklawn, an Arkansas horse-racing venue. Shortly after starting work, Tyrrell alleged she was subjected to a barrage of offensive language by African-American co-workers, including “allegedly heavy use of the n-word.” Most of the language was not directed at Tyrrell, but she recalled one instance in which another kitchen staff member said to her and another kitchen-staff member, “I told you niggas we could get this done . . . . Y’all my niggas.”

Despite the racially charged language, the court, applying a reasonable person standard, found that Tyrrell did not suffer a hostile work environment, which the law generally defines as offensive conduct in the workplace, based on a protected characteristic, which is so severe or pervasive that it makes the work environment hostile or abusive. Importantly, the court noted that most of the n-word references were not directed at Tyrrell, and on the one occasion it was used in a non-derogatory fashion (praising her and others for accomplishing a task), and “was at most coarse jesting.” The court also noted other key factors in favor of its judgment for the employer: (1) Oaklawn management promptly and thoroughly investigated Tyrrell’s complaints and (2) the company instructed staff members to refrain from using offensive language and took action against one employee who failed to heed the warning. As such, the court ruled it was not appropriate to hold the employer responsible for the comments by the co-workers.

Would such a decision be rendered by a more liberal judge in Philadelphia? Who knows, but the case does illustrate the importance of putting alleged comments and actions in context.