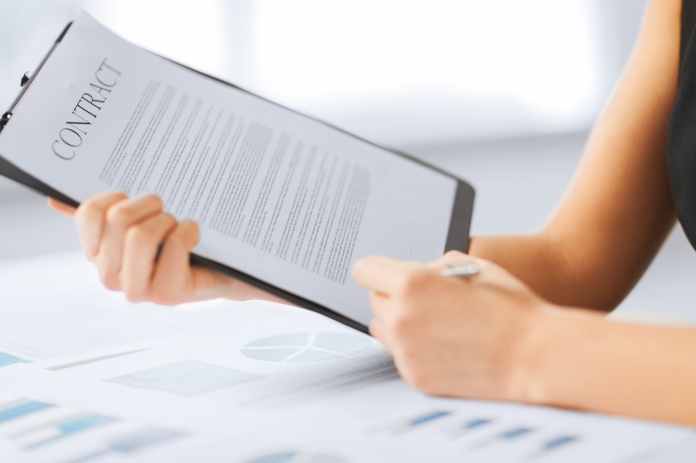 Legal publications and some lawyers have touted a recent federal appeals court decision in Philadelphia as affirming the right of employers to mandate that employees both (1) waive their rights to participate in class action lawsuits, and (2) agree to arbitrate any employment issue individually, and not as part of a group of employees.

Unfortunately, this one ain’t over until the Supremes sing.

The preliminary reports about the decision by the U.S. Court of Appeals for the Third Circuit, Opalinski v. Robert Half International, Inc., ignore that the court in that case expressly noted that the plaintiffs failed to raise an argument that might have determined the case differently.

In particular, the plaintiffs – former staffing managers at personnel placement firm Robert Half – never raised arguments that their binding arbitration agreements violated the National Labor Relations Act (NLRA).  This omission is a head-scratcher, as the National Labor Relations Board and several appeals courts have held that an employee agreement that deprives an employee of the right to bring his or her claims against the employer “collectively” with other employees violates the NLRA protection of “concerted activity” with other employees relating to the terms and conditions of employment.

As we wrote previously, this issue is now before the U.S. Supreme Court and should be decided later this year.  So, the Third Circuit’s Opalinski decision, rather than staking out a reliable marker as to employee rights in the circuit states of Pennsylvania, New Jersey and Delaware, really is simply a reflection of what happens when plaintiffs’ lawyers fail to make an important legal argument.

As a result, we do not recommend that employers or employees make any decisions or changes in their employment agreements based on Opalinski.  Instead, make like Diana Ross and wait for the Supremes to chime in. 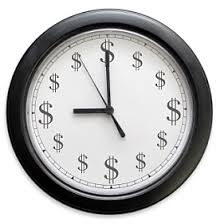 This data is not inconsistent with our practice experience, in which a properly focused audit can find a wage and hour violation at almost any workplace.

Don’t get caught with your overtime flank exposed.  Conduct an internal audit of your company’s workplace payroll practices before a federal or state labor audit does something far more painful. 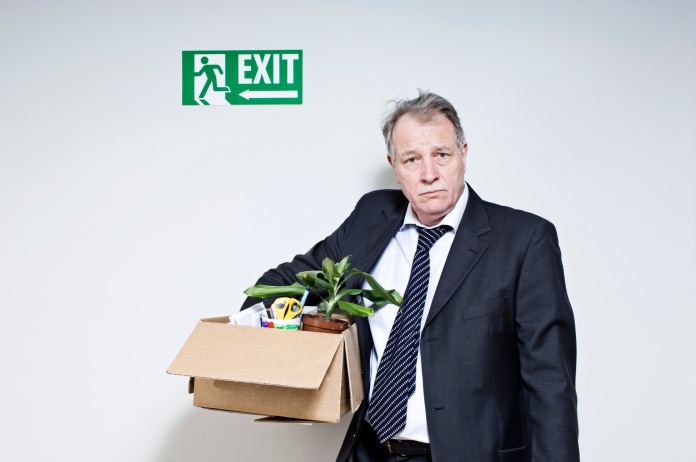 If you are having a hard time getting decision-makers to focus on a single-plaintiff employment case, you might want to make copies of the verdict sheet in Braden v. Lockheed Martin Corp., decided earlier this year in federal court in Camden, N.J.

In that age discrimination lawsuit, involving a reduction in force that impacted Robert Braden, five of 110 employees with his title were terminated, and all of them were over 50. Braden, 66, had worked at Lockheed since 1995 and was not given any reason for his selection.

Yes, the decision is under appeal, but that is no reason not to use it to get everyone’s attention – this is serious business, and potentially very expensive. 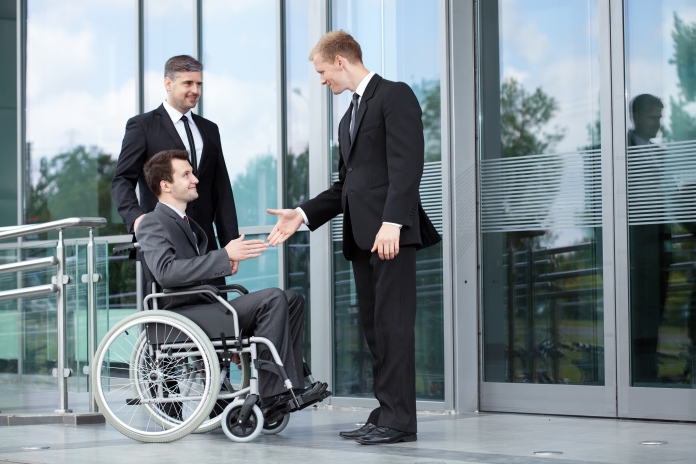 How would you cope personally, if you were suddenly injured and lost the use of your legs?  How would your company cope as a business, if a top executive suffered a debilitating accident, putting her out on disability leave for months and permanently restricting her to a wheelchair?

For United Process Controls (UPC), a furnace equipment manufacturer with plants in Ohio, Wisconsin and China, the situation became more than hypothetical in September of 2015, when Vice President of Operations Eric Boltz suffered a bicycling accident that left him a paraplegic. His physician certified him “currently unable to work at all,” but opined that he could return to office/management work in four-to-six months.

UPC initially provided Boltz with a paid leave of absence and disability benefits, but just seven weeks after the injury UPC President Paul Oleszkiewicz met with Boltz at his home and admittedly asked him “how he could lead the company from a wheelchair.”  The President – apparently unrestrained by any legal or human resources advice — further admitted saying to Boltz that he thought it would be “difficult” for him to return because “a leader has to do sales and be the face of the company.”  Boltz responded that his leadership “came from his brain, not from legs,” and that he could do the job from home and then eventually return to the office.

A series of rather unfriendly communications followed, including UPC terminating Boltz’s wife (a company vice president), and UPC refusing to allow Boltz to work from home, rejecting a November 24 partial release from Boltz’s doctor. The President – often an employer’s worst witness in employment cases – wrote Boltz that “the Company [did] not believe it [was] appropriate, or healthy” for Boltz to try to return to work, and later insisted that he must be released to work “in the office” and “full-time” in order to resume his duties.

Boltz resigned December 30, 2015, claiming he would have faced a “toxic environment” if he tried to return to work, and that due to his “life-changing injury . . . I do not believe my physical and mental health could withstand working under these conditions.”  He claimed to be constructively discharged, and filed suit for disability discrimination and retaliation.

In denying UPC’s motion for summary judgment on Boltz’s claims, a federal judge in Ohio rejected the company’s contention that it had established regular, in-office attendance as an essential function of the job. She noted that Boltz frequently worked from home before the injury, and that federal regulations specifically identify part-time or modified work schedules as potential reasonable accommodations.  As for Boltz’s constructive discharge claim, the court noted that where “the handwriting was on the wall and the axe was about to fall,” an employee who resigns before being fired can claim a constructive discharge.  She also found “most troubling” the President’s questioning of Boltz about whether he could lead from his wheelchair.

So what have we learned?

Rule 1:  Do not allow C-suite executives to have return-to-work communications with disabled colleagues without legal or human resources guidance. What may have seemed “common sense” to the powerful President (asking how Boltz could lead from his wheelchair) turned out to be the “most troubling” evidence of unlawful discrimination.

Rule 2:  The duty to accommodate disabled employees extends to high-level executives.  Although it may seem an undue hardship to permit such an executive to be out on disability leave for months, the law views such temporary leaves and part-time schedules as reasonable accommodations.  Therefore, an individualized analysis is required.

Rule 3:  On-site attendance is not a per se requirement of every job, even at the executive level.  Before the injury, Boltz often worked from home.  His job description did not expressly require in-office attendance.  And he put on evidence that his job mostly entailed managing operations and people remotely by phone and email.  If a company believes on-site attendance is essential, it needs to put that in the job description, be able to justify the requirement if challenged, and not allow the employee to frequently work from home when healthy. But beware that recent court decisions are holding employers to a higher standard in justifying the need to work from the office, as technological advances have increased mobile productivity. 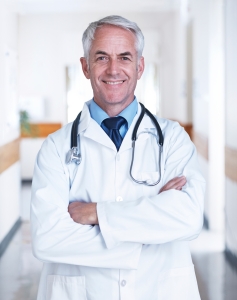 The presumption of employment at will is “extremely strong” in Pennsylvania, and courts are reluctant to recognize exceptions where an employee may claim “wrongful termination.”  But the Pennsylvania Superior Court opened the door a crack this month by holding that a health care worker who was terminated for opposing mandatory overtime had a claim for wrongful termination, even though future claimants might not.

The Pennsylvania Statute on the Prohibition of Excessive Overtime in Health Care (aka “Act 102”) took effect in 2009 and provides that certain health care facilities cannot require certain employees to work in excess of an agreed, predetermined and regularly scheduled daily work shift.  Act 102 covers hourly and non-supervisory employees who provide direct patient care or clinical care.  The law also prohibits retaliation against an employee who objects to or opposes unlawful overtime.

In Roman v. McGuire Memorial, decided November 9, the Superior Court affirmed a trial court’s decision that Brandy Roman, a “direct care worker” at a residential care home for the mentally retarded, could make out a claim of wrongful termination in violation of public policy. She refused mandatory overtime on four days in 2011, and was fired as a result.  The court noted that Act 102 provides a clear statement of public policy, prohibiting covered employers from retaliating against employees for opposing mandatory overtime.  The employer, McGuire Memorial, argued that since Act 102 included provisions to create regulations to cover claims under the law, Ms. Roman and others like her could not bring a common law claim for wrongful termination.  But the court rejected that argument, noting that until the Department of Labor implemented final regulations on July 9, 2014, aggrieved workers like Ms. Roman had no way to vindicate their rights (other than through a wrongful termination suit).  Since Ms. Roman filed her suit prior to the effective date of the regulations, she had a viable wrongful termination claim, the court held.

So where do future claims under Act 102 stand, now that the final regulations have been implemented?  The new regulations do not state that they provide an “exclusive” remedy for violations, but state court precedents suggest that, if grievants have an avenue of relief under the statute, then wrongful termination claims might no longer be viable.

Regardless of whether Roman v. McGuire Memorial turns out to be a significant exception to the employment at-will doctrine, covered health care employers in Pennsylvania should take heed that (1) they cannot mandate overtime for healthcare employees and (2) they cannot retaliate against those who refuse to accept overtime assignments. Like most laws, Act 102 has numerous exceptions and limiting definitions, and employers therefore should review its requirements carefully to ensure that their overtime policies and practices do not violate the law.