As a former journalist, I have long questioned the wisdom of employers taking a “no comment” posture in response to press coverage of employee lawsuits and claims. Instead of stonewalling, I recommend considering a measured, legally reviewed response that denies the wrongdoing, discloses positive facts that can’t be refuted, and protects the company’s image, internally and externally, without unnecessarily fanning the flames of the controversy or attacking the plaintiff-employee.

Tesla, the Silicon Valley electric car manufacturer and never a company to follow the traditional approach, put the pedal to the metal when it responded to claims of a hostile and abusive work environment by an ex-employee of its factory in Fremont, California.  The company issued a 964-word press release defending its actions and its “good working environment,” laying out its history of the matter, and noting the evidence against the employee’s claims, including (a) text messages by the employee using the same language he complained about, and (b) his lawyer demanding a “large payment” to avoid a lawsuit.

Be careful, Tesla employees — you won’t hear those electric cars coming until they’re right on top of you. 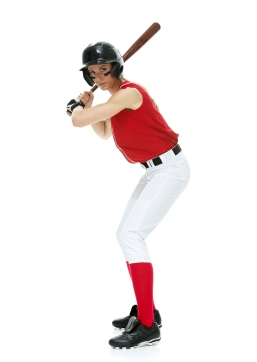 Sometimes a manager’s prejudices come out in obvious ways – such as sexist or racist comments – and sometimes they are more subtle – such as pronouns.  Yes, pronouns (plus baseball bats).

The federal First Circuit Court of Appeals in Boston recently ruled that a manager’s repeated reference to a female subordinate in a condescending tone as only “she” could be enough to show sex bias.

In Burns v. Johnson, the appellate court reversed summary judgment for the employer, the Federal Air Marshals Service, after finding that the plaintiff – if believed – could prevail on her claims of sex discrimination and a hostile work environment.  Although the plaintiff had no evidence of the manager using “sexist or gender-based slurs,” the law does not require such blatant bias, the court noted.

Rather, the court opined, “more subtle cognitive phenomena” could “skew perceptions and judgments” and lead to discriminatory decisions.  While the use of the feminine pronoun, by itself, obviously does not establish bias, if the manager singles the employee out by failing to use the her name and referring to her only as “she” in a condescending tone, that could suggest sex bias, because a “speaker’s meaning may depend on various factors including context, inflection, tone of voice.”

Adding to the odd facts of the case, the manager – who had played baseball in college and apparently never let go of those glory days  – would hold a baseball bat in a “swinging position” when speaking with the plaintiff.  He often did the same with other employees, male and female, but the plaintiff said he did it differently with her and, in any event, she was intimidated.  Let’s hope he didn’t remind her of Robert De Niro’s motivational speech in The Untouchables.

In any event, her battle is far from over. She will still have to prove all the elements of her sex discrimination and hostile work environment claims, which could be difficult based upon the rather thin facts she pled.

Most employment lawyers in the northeast and mid-Atlantic are familiar with the Taylor v. Metzger case, in which a single racial epithet — referring to a county sheriff’s officer as a “jungle bunny” before her co-workers — was found to be enough, by itself, to create a racially hostile work environment.

Now comes the other end of the spectrum, a federal court in Arkansas holding in November that the repeated use of a form of the n-word at work — including in reference to the complaining employee herself, and continued use after she complained — did not create a hostile work environment.

As with many employment law disputes, the case of Tyrrell v. Oaklawn Jockey Club (W.D. Ark. Nov. 2, 2012), proves that context matters and — as in real estate — location, too.

Helene Tyrrell worked as part of the kitchen staff at Oaklawn, an Arkansas horse-racing venue. Shortly after starting work, Tyrrell alleged she was subjected to a barrage of offensive language by African-American co-workers, including “allegedly heavy use of the n-word.” Most of the language was not directed at Tyrrell, but she recalled one instance in which another kitchen staff member said to her and another kitchen-staff member, “I told you niggas we could get this done . . . . Y’all my niggas.”

Despite the racially charged language, the court, applying a reasonable person standard, found that Tyrrell did not suffer a hostile work environment, which the law generally defines as offensive conduct in the workplace, based on a protected characteristic, which is so severe or pervasive that it makes the work environment hostile or abusive. Importantly, the court noted that most of the n-word references were not directed at Tyrrell, and on the one occasion it was used in a non-derogatory fashion (praising her and others for accomplishing a task), and “was at most coarse jesting.” The court also noted other key factors in favor of its judgment for the employer: (1) Oaklawn management promptly and thoroughly investigated Tyrrell’s complaints and (2) the company instructed staff members to refrain from using offensive language and took action against one employee who failed to heed the warning. As such, the court ruled it was not appropriate to hold the employer responsible for the comments by the co-workers.

Would such a decision be rendered by a more liberal judge in Philadelphia? Who knows, but the case does illustrate the importance of putting alleged comments and actions in context.