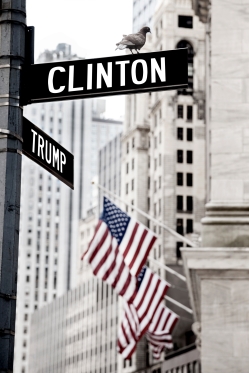 Although the Update rarely delves into politics, we practice “equal time” and fairness when we do. Last month, Donald Trump was on the hot seat so this month we bring you the Hillary Clinton edition.

The Scent of the Email Trail

Candidate Clinton (it seems sexist to call her “Secretary Clinton”) has been dogged by the drip-drip-drip leak of her emails, public and private, deleted and non-deleted, relating to her time as Secretary of State.  Her experience provides key reminders for employers and employees:

Richard Nixon learned the hard way that sometimes the cover-up is worse than the alleged crime.  Clinton also is being attacked for not earlier disclosing her home server and the extent of her email deletions.  More recently, she has been criticized for reporting that her health was “fine,” when in fact she was suffering from pneumonia.

Lies and obfuscation to cover up bad facts (a.k.a. “pretext”) not only jeopardize a witness’s credibility, they also may be sufficient in an employment lawsuit to infer discrimination.  As the U.S. Supreme Court noted in Reeves v. Sanderson Plumbing Products, Inc., 530 U.S.133, 147 (2000):

In appropriate circumstances, the trier of fact can reasonably infer from the falsity of the explanation that the employer is dissembling to cover up a discriminatory purpose. Such an inference is consistent with the general principle of evidence law that the factfinder is entitled to consider a party’s dishonesty about a material fact as ‘affirmative evidence of guilt’ . . .”

So, a liar in an employment case can do much worse than be disbelieved – he or she can create liability for discrimination where it might not have existed otherwise.

Avoid trouble; tell the truth – or at least talk to your lawyer before talking about a subject that could land you in court. 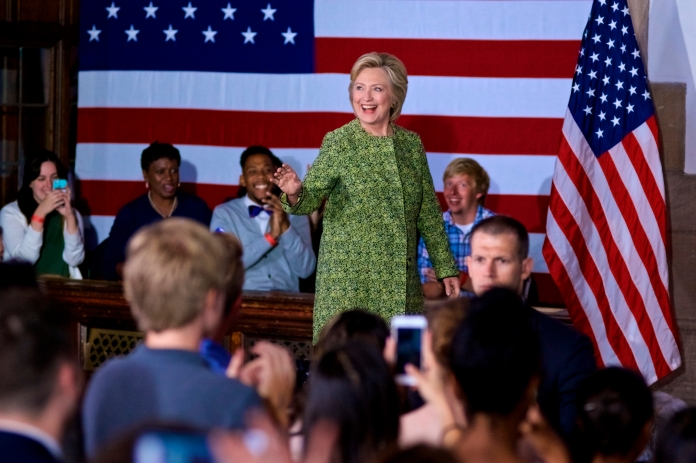 Knocking Up Against That ‘Glass Ceiling’

Hillary Clinton’s most famous comment from her losing 2008 campaign probably was her concession that, “Although we weren’t able to shatter that highest, hardest glass ceiling this time, thanks to you, it’s got about 18 million cracks in it.”

The theory of a “glass ceiling,” above which women cannot rise at certain companies and institutions, first arose as social commentary in 1986 in the Wall Street Journal.  It remains an oft-cited metaphor today in employment law, although it is not recognized as a distinct legal cause of action apart from sex discrimination.  In August, the U.S. Court of Appeals for the Fourth Circuit ruled in favor of plaintiffs in a “glass ceiling” claim against a major international consulting firm, in Calobrisi v. Booz Allen Hamilton, Inc.  The Court of Appeals ruled that the trial judge should have examined evidence relating to seven other middle-aged women who claimed, like the plaintiff, that they suffered sex discrimination due to a virtual glass ceiling at the firm, directed by its “all-male Leadership Team.”  To determine whether such “me too” evidence was admissible, the trial court should have examined whether the other older women were similarly situated, including closeness in time, decision-makers, and other treatment, the appellate court held.

Similarly, in a case that strikes closer to home for lawyers, Karen Campbell filed a class action suit recently seeking $100 million in damages against the New York law firm of Chadbourne & Parke, claiming it is run by an “all-male dictatorship” and has “a culture of discrimination against female attorneys.”  Campbell’s lawyers alleged in her “glass ceiling” claim that even though she generated more than $5 million in business over two years, males who generated less were paid more.  The law firm has strongly contested the lawsuit as baseless and “riddled with falsehoods.”

Regardless of whether these plaintiffs “crack” the ceiling, employers should be concerned about any patterns of gender or racial discrepancy in their executive suites that could suggest to disgruntled women and minorities an invisible barrier to their promotion to the top.  A serious review or audit may be in order to avoid such lawsuits and erase any vestiges of the “good old boy” system.  However, be forewarned: electing a female President will not clear up the problem – just as electing President Obama did not herald the end of race discrimination.  Rather, such an election would simply shatter one barrier – while perhaps shining light on a million others.

She’s too old to be President, right?

Finally, the fact that more questions have been raised about Clinton’s age, 68, than that of Donald Trump, 70, reminds us that age bias and age-plus-sex bias are alive and well in America.

While anything goes in a presidential race, employers and managers are prohibited from discriminating against employees and candidates for employment based on age – even if they are over 65 years old.  So, the next time you hear someone say that Hillary is “too old” or “too frail,” or has “slowed down” or “just doesn’t have it anymore,” remember that such thinking may be playing out at work – merely because the employee is “up there” in age.  Rather than mindlessly doze into such stereotypes, managers and human resources professionals should guard against unconscious or societal age bias.  Make employment decisions based on verifiable and specific facts, not subjective, improvable characterizations.