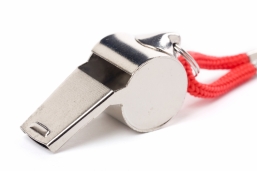 Three courts recently confirmed that employers need to beware of retaliation claims by human resources professionals and other compliance employees who identify and report unlawful practices as part of their jobs.

In July, the New Jersey Supreme Court in Lippmann v. Johnson & Johnson, Inc. rejected lower court decisions that had limited the applicability of the state’s main whistleblower law, the Conscientious Employee Protection Act (CEPA), when the whistle-blowing at issue was part of the employee’s job duties.  The Supreme Court found no statutory basis for that court-developed limitation and held that CEPA therefore applies with equal force to protect “watchdog employees” like compliance and human resources officers who object to unlawful conduct while performing their normal job duties.

Similarly, on August 24, in Kavanaugh v. C.D.S. Office Systems, Inc., a federal court in Illinois refused to dismiss a retaliation claim by a human resources director who was fired shortly after she reported to her boss, the CFO, concerns that the company was not paying its IT engineers overtime, in violation of the Fair Labor Standards Act.  And on August 10, the U.S. Circuit Court of Appeals for the Fourth Circuit reversed a ruling in DeMasters v. Carilion Clinic that a “manager rule” prevented retaliation claims by an EAP counselor whose job responsibilities included reporting discrimination and harassment claims.

It remains true that some laws, including the First Amendment, limit the protections against retaliation for employees who are engaging in the protected conduct as part of their job duties.  But these three recent cases make clear that many anti-retaliation laws do not have such limits.  Managers are well-advised to check the applicable legal standards under state and federal law before taking an adverse action against an employee who has reported – internally or externally – a suspected violation of the law, even if the report was part of his or her job and even if the report had nothing to do with the reasons for termination.